Posted on November 16, 2015 by gabetheshootist

Recently, I found myself back in the states in the newly founded town of Atlanta, Georgia.  I was without my rifle and was in search of another.  The only rifle the trading post would sell me was a version of the air rifle that Lewis & Clark carried with them on the Corp of Discovery.  I put together a basic outfit and pointed my steed north east toward the South Carolina border.  I was headed toward the little town of Gainesville, GA.

Gainesville was established as Mule Camp Springs by settlers in the early 1800s.  Less than three years after the creation of Hall County on December 15, 1818, Mule Camp Springs became Gainesville on April 21, 1821.  It was named in honor of General Edmund P. Gaines, a hero of the War of 1812 and a noted military surveyor and road-builder. Gainesville was selected to be the county seat, and was chartered by the Georgia Legislature on November 30, 1821.  A gold rush that began in nearby Lumpkin County in the 1830s resulted in an increase in the number of settlers and the beginning of a business community.  [1]

As I reached the town of Gainesville, I found a crossing of the Chattahoochee river where I picketed my steed and scouted up river on foot.  I was hoping to find something for supper.   As I worked my way along the riverbank, several times I jumped ducks from out in the flooded timber along the shore.  They never gave me a shot with my “rifle”.  Apparently the natives have been putting quite a bit of hunting pressure on them for they were very skittish.  I finally caught sight of a squirrel, but only after he had seen me.  He must have recognized the hungry look in my eye ’cause he was having none of it and left me watching the trees to no avail.

I worked my way upstream for another 1/2 mile or so and then started a circle back to my horse.  I found fresh coyote tracks and some fresh deer tracks.  There seemed to be quite a bit of wild life in the area, however today was not my lucky day and I went hungry. 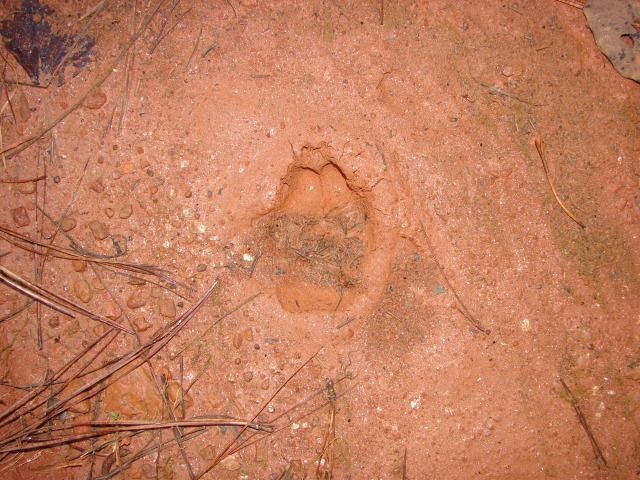 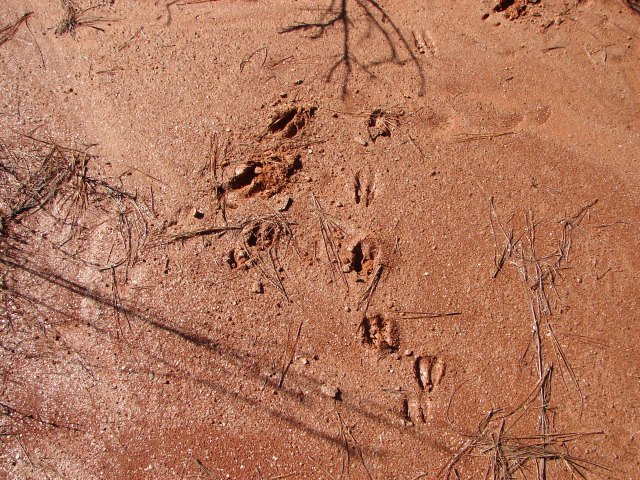 Northern Georgia is some beautiful country.  The river valley with its mix of pines and hardwoods reminds me of the forests of eastern Minnesota and western Wisconsin, where I spent my youth.  Next time maybe I can get out on the water in my canoe.